“Those who are crazy enough to think they can change the world are the ones who do.” – Steve Jobs

This is actually a quote I remember writing on a notebook back in grade school. The notion of changing the world has been etched onto my very soul since I was a kid. Call it childish wonder, but I’ve never really stopped believing in that. Living that, of course, can be another thing.

Everyone wants to do it, but just kind of – an imaginary thing. We all want to make our mark and be remembered in our corner. But as far as I’m concerned, those are just ink blots on the history of human kind, doodles on the notebook of humanity. Few actually paint.

If there’s anyone I know worth learning a thing or two about making art, it’s Julien Pineau. On the surface, he’s a quiet, top-heavy dude who can lift a lot of weight and tells other people how to lift heavy weights, too. A corner of the fitness world knows about him as he totes suitcases around the world to rag tag CrossFit gyms, scribbles on whiteboards and brings considerable physical discomfort to his fans. He has a taste for expensive shoes and strong coffee, speaks through a thick French accent, and tells bad jokes. Beneath a guy who just seems excessively passionate for fitness, however, are reflections of a Renaissance artist. What he does is merely one focused effort in how he has decided to paint.

Julien treats pain. Physical fitness is the palette and humanity, his canvas. By studying the nature of movement and searching the physical body to it’s inner most core, he unravels the intricate patterns that design our human anatomy. He traces it, he colors it. It may look like the mathematic-like ravings of a genius-turned-jock, but anyone looking close enough will see the art.

His home is in Air Bnb’s, his ride an Uber, his office in cafes and his closet a suitcase. He changes time zones almost weekly. His family is his daughter and the small team he travels with, his friends his seminar attendees. His liberation from the captivity of culture make him the sole citizen of Nowhere.

What your masterpiece looks like doesn’t really matter, it’s putting the brush to the canvas that does. It’s taking out your tools, laying them on the table and choosing where to start. That’s it – one choice to an empty canvas. It can be ugly, it can be messy, it can look like second grade trash unworthy of the fridge door, but the point is that you do it anyway. If you can’t draw, scribble and if you can’t paint, throw liquid colors until you can – drown in blue, bleed orange, spit purple and drink red before you quit. Paint the world. 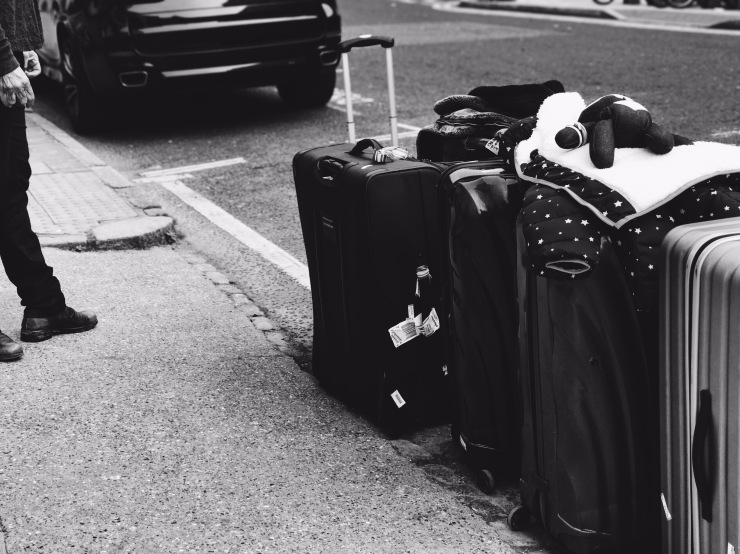